Mountain bikes aren’t cheap. Nothing is worst than the gut wrenching feeling when you discover that your bike has been stolen. To make sure that your bike stays out of the hands of thieves, we highly recommend that you invest on the best bike locks.

While no single lock is unbreakable, the best bike locks can give determined thieves a much harder time. It can mean the difference of finding your bike where your left it and forking out for a replacement.

Here are 5 of the best bike locks to secure your mountain bike. These locks can deter bike thieves looking for an easy steal. 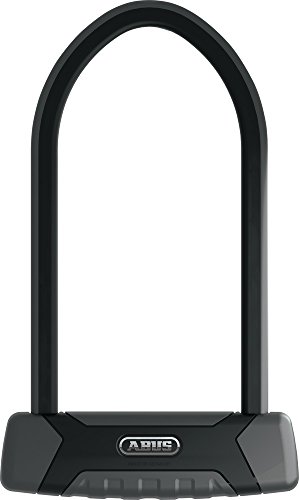 Need a tenacious lock to last you years of rides and commutes? This German-made lock delivers a great product.

Abus Granit X Plus 540 is an incredible bike lock that’s been widely praised for years. It has a dual locking mechanism for increased security. That means, it will take two cuts to free the bike. Hand tools like hacksaws, cutters, hammers, and bolt cutters aren’t enough to crop this lock. It is so strong a thief is going to need power tools to steal your bike. 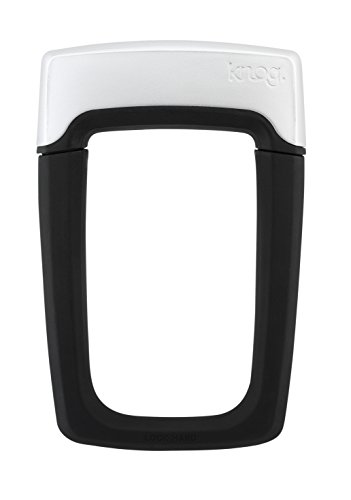 The Knog Strongman U-lock is an impressive little lock. It may be small, but it is certainly big on protection.

The lock comes with a silicone exterior that makes for a more streamlined appearance. Plus, it adds an extra layer of protection to keep your bike from being scratched. Security wise, the liberal coating of silicone will need to be removed to get a set of bolt croppers around the lock. It also melts and gums up an angle grinder and saw blade.

The lock stood up a five minute-attack with standard tools. It only took 30 seconds to cut through in the subsequent power tool test, but that’s after a minute of hacking away the silicone coating with a Stanley Knife.

With a Sold Secure Gold Rating and the functionality of a double lock mechanism, we can clearly say that this one of the best bike locks out there. 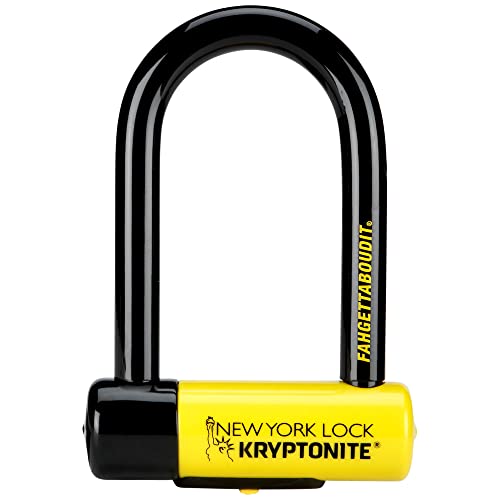 If you’re in a high risk area, this look should be on top of your must-have list. It is one of the toughest, stiffest, bike locks we’ve tested. It held up better than any other lock against cutting attacks. No bolt cutter, axe, or hammer even made dent.

Its small size means thieves won’t be able to get any sort of levering tool inside the shackle. Although mini is in its name, it is pretty heavy. It weighs over 4 pounds, which makes carrying it a bit of a challenge, especially on long rides. 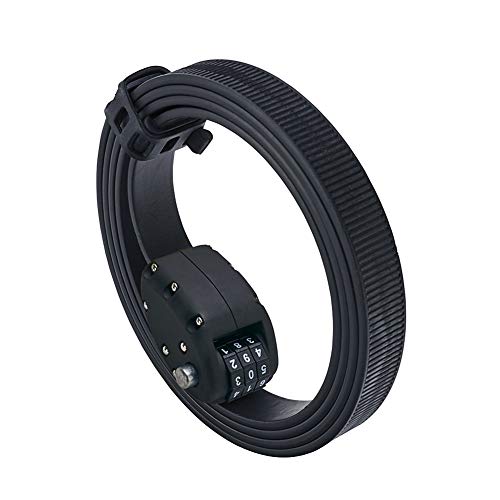 If you’re looking for an affordable, lightweight lock but can withstand bike snatchers, then this would be perfect for you.

The Ottolock Cinch is lightweight and compact enough to fit in a jacket pocket. It may not offer as much security as a heavy duty U-lock, but it can put up a decent fight against a pair of bolt cutters. According to a test conducted by the Outdoor Gear Lab, the lock has proven to be somewhat of a pain to defeat as it was able to withstand a hacksaw.

For its price and weight, the Ottolock Cinch is pretty amazing. This bike lock is a great option for cyclists who aren’t as concerned about persistent thieves with serious tools. It offers security on pit stops without weighing you down on the climbs. 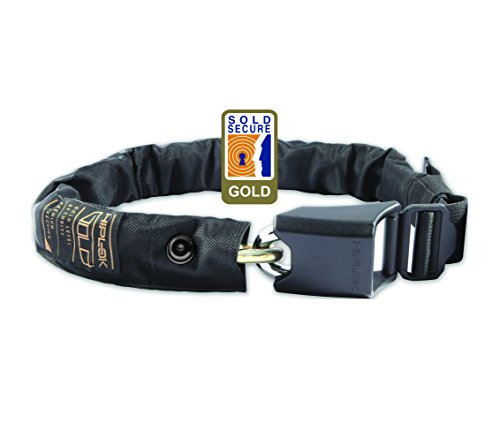 Over the years, Hiplok has made a name for themselves as the purveyors of locks that you can wear. The Gold is one of them. It is a well-designed wearable lock that also provides some strong, effective qualities.

The individual links and shackle are made from hardened steel and is housed in an impact-resistant nylon cover. Despite its hefty mass (2.4 kg), the Hiplok Gold is suprisingly comfortable to wear as a belt.

The 32-inch chain is long enough to fit around your frame, front wheel, and any standard bike rack. The belt can be adjusted up to 52 inches, adjusting to fit the rider’s waist.

The Hiplok Gold has a Sold Secure Gold rating. It won’t budge from pulling, hitting, and even striking with a hammer. There is no messing around this piece of security hardware.

You have probably suffered from scallywags stealing bikes or know someone who has. Considering the hefty price of mountain bikes, you want to make sure that they stay with you for as long possible.

Cheap bike locks are easy to snip. For determined bike thieves who now their job, it won’t even take them one minute to execute their plan. If you want to keep your bikes safe from thieves, then you shouldn’t skimp on your bike lock.

While no lock can completely prevent determined thieves, the best bike locks can dissuade them. Make sure yours can thwart any would-be thief.

10 Cycling Memes That are Totally Hilarious and Seriously Accurate

The 10 Best Mountain Bike Accessories of 2019

Mountain Bike Tire Pressure: The Most Important Things to Consider

As a participant in the Amazon Services LLC Associates Program, this site may earn from qualifying purchases. We may also earn commissions on purchases from other retail websites.